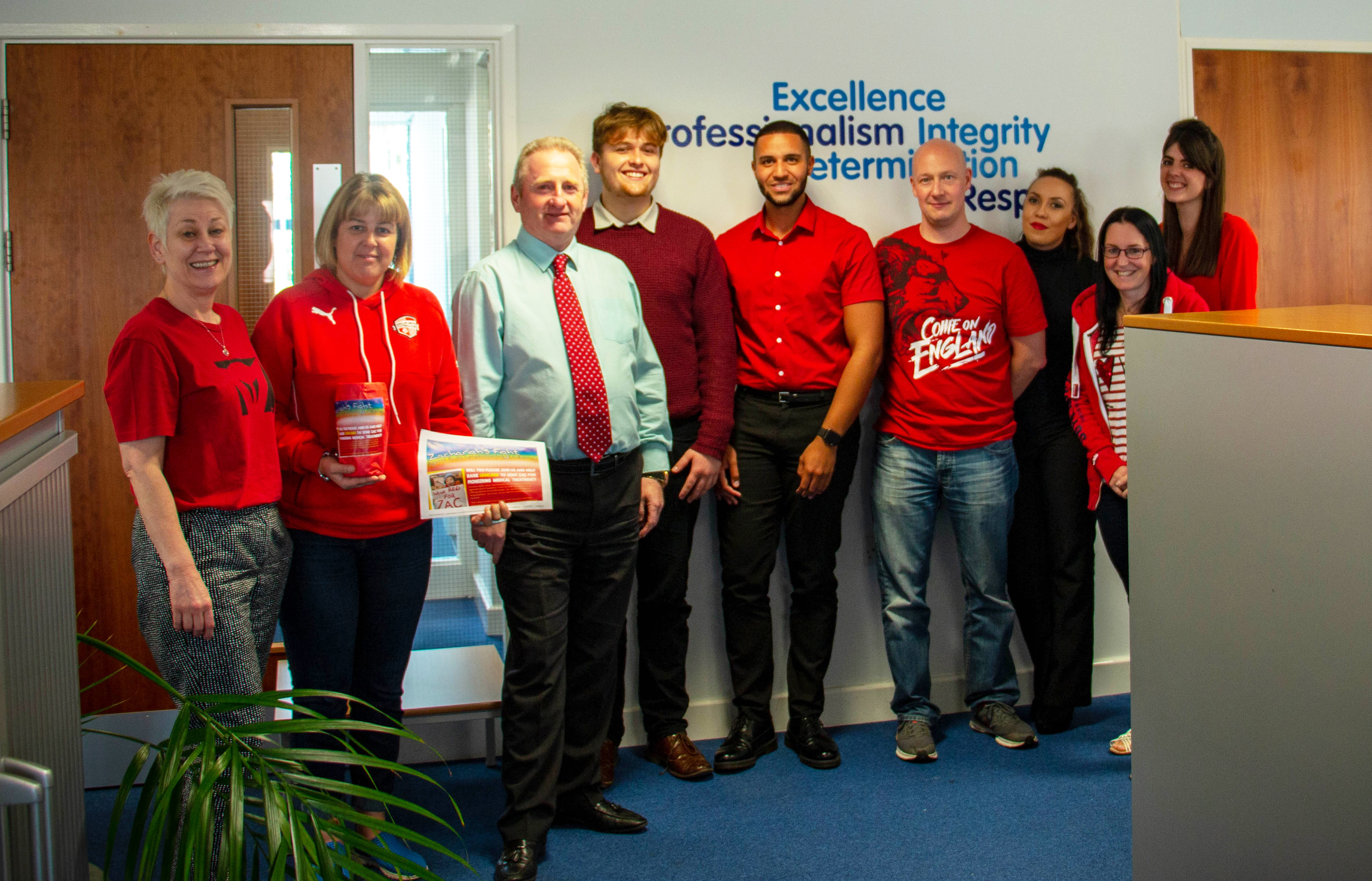 4 year old Zac, from Telford is the reason why the town has turned into a sea of red today! Over 150 schools and businesses in Shropshire turned out to support the #wearredforzac appeal, in a bid to raise £500,000 to fund pioneering medical treatment which could help save his life.

Zac is suffering with a very rare and aggressive form of Leukaemia called haploid; in fact he is currently the only child affected with it in Britain. Due to the rarity of Zac’s condition, pioneering treatment is only available in America and therefore the cost to receive hospital care, potentially over several months, will be very expensive.

This is why Zac’s parents have spent months organising and hosting numerous events in a bid to raise as much money as possible, from charity balls and football matches to tattooing, raffles and cake sales. Today is #wearredforzac, the latest event where people across the county are wearing red and donating money in support of Zac’s appeal.  Sir Alan Sugar and Joe Hart are just some people who have shown their support for the appeal and now the team at Bryn Melyn Care are the latest to get involved!

If you would like to donate please visit Zac’s Just Giving page at www.justgiving.com/crowdfunding/zac-oliver or text ZACH75 £1 to 70070.